About The Bach Project

Extract from “The Bach Project: An Introduction” by John Holloway—full essay available in the subscription website

The idea of a “universal Canon” of “cultural masterworks” is, of course, looked upon as a rather dubious concept, especially in critical and academic circles. Nevertheless, some sort of musical “Canon” does exist, at least as defined by listeners and performers. There are two 18th-century composers who appear on every violinist’s list, and who have a special and enduring presence in the violinist’s life: Mozart and Bach. I know of no serious classical violinist in the world who believes that one can become such, without an in-depth knowledge and experience of the two great sets of 18th-century masterworks: Mozart’s Violin Concertos (especially the last three), and the six Sonatas and Partitas for Violin alone by Bach. Together, they present an unmatched combination of technical and interpretative challenges, guaranteed to bring out the best in any really good player, and to expose every frailty. It is for that reason that they appear in the obligatory repertoire of every serious international violin competition worldwide, and, while the Mozart concertos have long been basic requirements for orchestral auditions, the Bach solos are increasingly appearing there as well.

The Bach Project is devoted to the solo Sonatas and Partitas. By taking advantage of the variety and flexibility oﬀered by the internet format, this website oﬀers an unusually wide range of texts and talks, a set of filmed masterclasses, a demonstration and discussion of the Baroque dances most featured in the Partitas, and, importantly, the potential for updating and feedback. 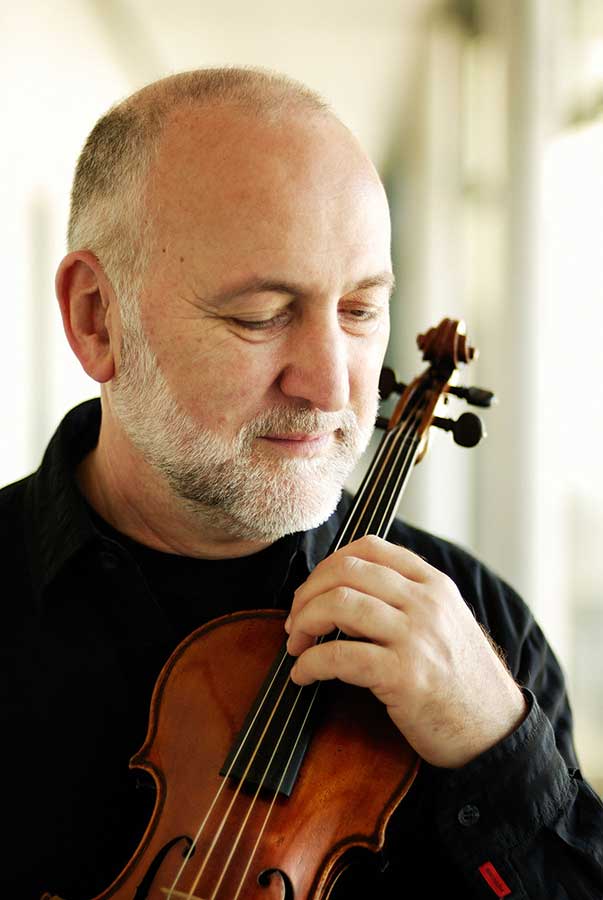 John Holloway is a pioneer of the modern Early Music movement in England. He founded L’Ecole d’Orphee in the mid-1970s, who made the first complete recordings of Handel’s instrumental chamber music. From 1977-91 he was the leader/1st violin of Andrew Parrott’s Taverner Players, from 1978-92 of Roger Norrington’s London Classical Players. He also led ensembles for such various directors as Brüggen, Christie, Hogwood, Koopman, Leonhardt, Malgoire, McGegan. John’s many solo and chamber music recordings include Biber’s Rosary Sonatas (Gramophone Award 1991), Buxtehude’s Sonatas Op. 1 & 2 (Danish Grammy 1995) and Cantatas (Danish Grammy 1998), Bach’s solo sonatas and partitas (Preis der deutschen Schallplattenkritik), Dowland’s Lachrimae Pavans (International Classical Music Award 2014). John has been Professor of Baroque Violin at the Guildhall School in London, Guest Professor at the Schola Cantorum, Basel and at the Early Music Institute at IU Bloomington USA, Regents’ Lecturer at UC Berkeley USA, and from 1999-2014 Professor of (modern) Violin and Chamber Music at the Hochschule fuer Musik in Dresden. In 2016 he retired from public performing and recording, 60 years after his first public concerts. He continues to teach and conduct, and has created this website—The Bach Project—dedicated to the Bach works for solo violin.

“On every level – aesthetic, emotional, technical – Holloway’s interpretations are deeply persuasive. His exceptionally clean, malleable articulation and the rich, burnished tone of his baroque violin – the bottom string has an almost viola-like luster – ensure that from the very opening Adagio of Sonata No.1, the brilliance of Bach’s counterpoint rings out with exceptional clarity… This is playing that fizzes with intelligence, combining intensity, percipience and drama in equal measure. Everyone will have his own gold standard in this repertoire – Grumiaux’s elemental  reading from the early 1960s; the peerless tone and studied elegance of Milstein; the technical perfection achieved by Perlman; or perhaps the richly sonorous account by ECM stablemate Gideon Kremer. The overarching, panoramic vision offered by Holloway should now take its place on this exalted list.”
(Peter Quinn, International Record Review  January 2007)

Lifetime Premium Subscription for one time payment the price is £95.